STAY CONNECTED WITH US

How Many Watts Does an Air Conditioner Use? 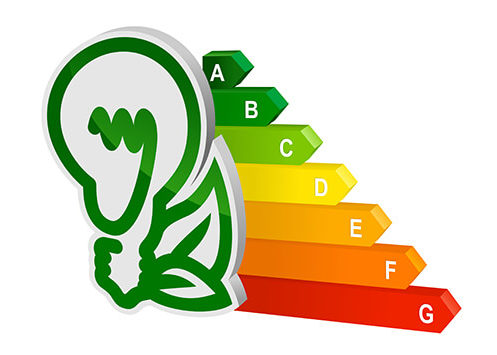 Running an air conditioner can be costly. Every time it powers on and gives you that much-needed comfort in the warmer months, it’s using energy. If you’re someone who keeps a close eye on your utility bills each month, you’ve likely realized that running your air conditioner results in an increase in your bill. Have you ever wondered exactly how many watts an air conditioner uses?

Watts are a unit of power, and they’re measured in a unit called the joule. Joules tell us how much energy is produced per second. So, watts don’t exclusively have to do with how much power flows through the electrical cords. Rather, they describe the rate or speed at which the power flows. The term “watts” was named after James Watt, a Scottish scientist and inventor who played a role in developing the steam engine and developed the concept of horsepower. His contributions were so significant that we’re using his name every day in our industry.

Because the appliances we use, including air conditioners, use so much energy, we often use the term kilowatts instead of watts. To review, one kilowatt is one thousand watts.

The “power” of air conditioners can be measured in a few ways. We use BTUs, or British Thermal Units, to describe how much heat an air conditioner can remove from an area in a given hour. ACs have a lot of BTUs. A smaller house might need 12,000 BTUs to keep cool in the summer.

When we describe the “size” of an air conditioner, we’re referring to its BTUs. One ton of cooling is equivalent to having 12,000 BTUs. This terminology was introduced because ice used to be the cooling mechanism in certain buildings. It was determined that it took approximately 12,000 BTUs per hour to melt 1 ton of ice in a day.

This information about BTUs is important to remember as we move on to the next topic, which has to deal with BTUs, efficiency, and watts.

Now you know what watts and BTUs are, this still doesn’t answer the question of how many watts an air conditioner uses. However, there are some basic guidlines to follow in different size air conditioners and their respective watts. These are:

However, following the AC unit wattage guidelines, is not as simple as it seems. There are some different factors that affect how much energy you’d actually be using in a cooling season. The SEER rating, which stands for Seasonal Energy Efficiency Ratio, is one of the most important things to consider. This rating tells us how much cooling output is provided per energy input consumed. In other words, it indicates how efficient an air conditioner can be.

Now, let’s say the same size air conditioner has a SEER rating of 20, but all the other factors have remained constant. That would be 48,000 BTU/hour multiplied by 960 hours/year, divided by 20 BTUs/Watt-hour. The answer is 2,304,000 watts.

Considering that we pay for each watt that we use, this difference can be significant. Remember, though, that units with higher SEER ratings are more expensive than those with lower SEER ratings. To figure out long-term energy costs and whether a higher SEER rating would be worth it, you’d have to figure out your cost per watt and use that number to determine how much money it would cost to run your AC in a cooling season.

Typically, a smaller air conditioner uses fewer watts than a larger one. Buying a smaller air conditioner may be tempting if you’re someone who likes saving energy and saving money. It can be hard to pass up a good deal on an air conditioner. Remember, though, that it’s not a good idea to get a unit that doesn’t have enough BTUs. This is because it will struggle to get your temperature to the set level and it will likely have to continually run. This can actually lead to higher utility bills and premature wear and tear on your unit. You definitely wouldn’t be getting the most out of your air conditioner. So, while watts are definitely something to factor in as you go shopping, you’ll need to first determine how many BTUs are necessary to cool your space.

Let Us Help You

At Reliable Air Conditioning, we know just how critical it can be to have an air conditioner. The heat that we deal with in Arizona can be brutal, and having AC can become not only a comfort issue but a safety one as well. If you’re looking for assistance with your AC installation and live in the Phoenix area, turn to Reliable Air Conditioning. We’ve been in the business for more than 15 years, and your satisfaction is guaranteed. We’re confident that you’ll find our level of professionalism to be impressive, our licensed and highly trained technicians to be respectful and prompt, and our up-front pricing structure to be convenient. In addition to AC installation, we offer quality services related to AC maintenance and repair as well as heating repair, maintenance, and installation. Whether it’s something major like a heater replacement or something minor like a thermostat calibration, you can trust us to get the job done the right way. Call us to schedule your appointment.